In mid 1980’s, Homoeopathy in Pakistan was blessed with an emergence of a revolutionary entity named Paul Brooks Homoeo Labs. Paul Brooks Homoeo Labs entered the alternative medicine marketplace with its change mechanism that altogether altered the market dynamics. Under the vibrant and visionary leadership of its founding members, Mr. Shamim Ahmed (Chairman) and Mr. Saboor Ahmad Siraj (CEO), the young manufacturer presented its distinctive product line that not only catered vast majority of therapeutic areas in naturopathy but also presented them in a manner that helped alternative medicine systems reach their due magnitude across the country.

There are no reviews yet. 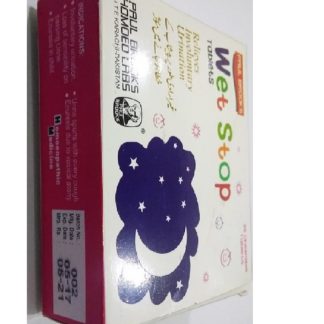 Any cookies that may not be particularly necessary for the website to function and is used specifically to collect user personal data via analytics, ads, other embedded contents are termed as non-necessary cookies. It is mandatory to procure user consent prior to running these cookies on your website.

Thank You for visiting Samaa Pharmacy.Please note that deliveries are slow due to lockdown. Dismiss